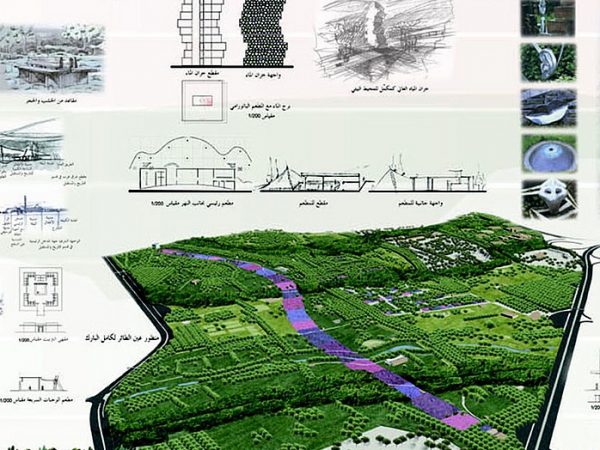 A German-Syrian team won the first prize in an international landscape planning, urban design and architectural ideas competition in the capital of Syria. The sponsors were the Syrian Arab Republic, Province of Damascus, represented by the Office of Spatial Planning and Urban Design. The working group consisting of Atelier für Architektur und Forschung (aaf) of Hamburg and Bassam Sabour/Al-Abdulla, the Maksoud Architectural Group (MAG) of Damascus, the landscape architects Bendfeldt Schröder Franke (BSF) of Kiel and Schwerin, and the architecture firm of Konermann Sigmund (KSA) of Hamburg convidenced the jury with their idea that combines the typically local design means with modern ones. The competition brief called for designing the East Park urban district of Damascus, with an area of 208 hectares, to feature many open spaces and buildings. The site includes a people ́s park with restaurants and cafés, sports facilities, a water tower, bridges and tunnels to link the park to the adjacent neighbourhoods, several open-air theatres, exihibition spaces, and a zoo. The winning team proposed a city of both history and future. The second and third prizes were awarded to two Syrian practices.